RCF’s digital audio system for the management and diffusion of background music, evacuation and emergency announcements in accordance with EN 54-16 norms were installed in around 10 pavilions at Expo Milan and in the common areas of the Children’s Park and Open Air Theatre, where the spectacular opening ceremony took place on May 1st.
The DXT 9000 system, consisting of a configurable digital matrix with 8 routed inputs towards any output chanel, is in place in the Belgian, Chilean, French and German pavilions. With 2500 W installed capacity, the German pavilion hosts the most important RCF installation at Expo 2015. The Open Air Theatre, the large space dedicated to concerts and open-air shows, with a capacity of around 11 thousand chose the DXT 9000 for the evacuation of common areas and dressing rooms.
The Swiss pavilion and the Children’s Park were equipped with the DXT 7000 system, that is particularly suitable for them thanks to its digital matrix with 8 amplifiers at 80 W each. The Children’s Park is a large outdoor space where kids can play and explore while familiarizing with the themes of Expo 2015. RCF HD 21EN horn loudspeakers were installed in the colourful and spectacular playground because they represent the most suitable solution for outdoor installations, as demonstrated by the IP 66 protection marking.
The DXT 3000 system – the most recent among RCF’s digital matrices for voice evacuation – was used in the pavilions of Azerbaijan, Moldova, Principality of Monaco, Austria and Vietnam. The system’s peculiarity lies in its suitability for wall-mounting, that makes it the ideal solution for small-and-medium-sized installations with 250 W rated audio power.
All matrices installed in the pavilions’ technical rooms allow to make either separate calls for independent areas or general voice announcements in the whole pavilion, in Italian and English. The evacuation messages compliant with the EN 54-16 norms are programmed to be automatically broadcasted in the whole area in case of need, triggered by the fire alarm system. The two power supply units compliant with EN 54-4 standards (models PS 4048 and PS 6048) ensure the smooth functioning of the DXT 9000 and DXT 7000 matrices even during power cuts, thus meeting the industry regulation’s requirements. DXT 3000, being a fully integrated solution, has the back-up EN 54-4 power supply facility integrated on-board.
The RCF team supplied the service of customized activation of the matrices, with the possibility to include additional specific requirements such as background music or creation of independent areas, always in compliance with UNI ISO 7240-19 system norm. 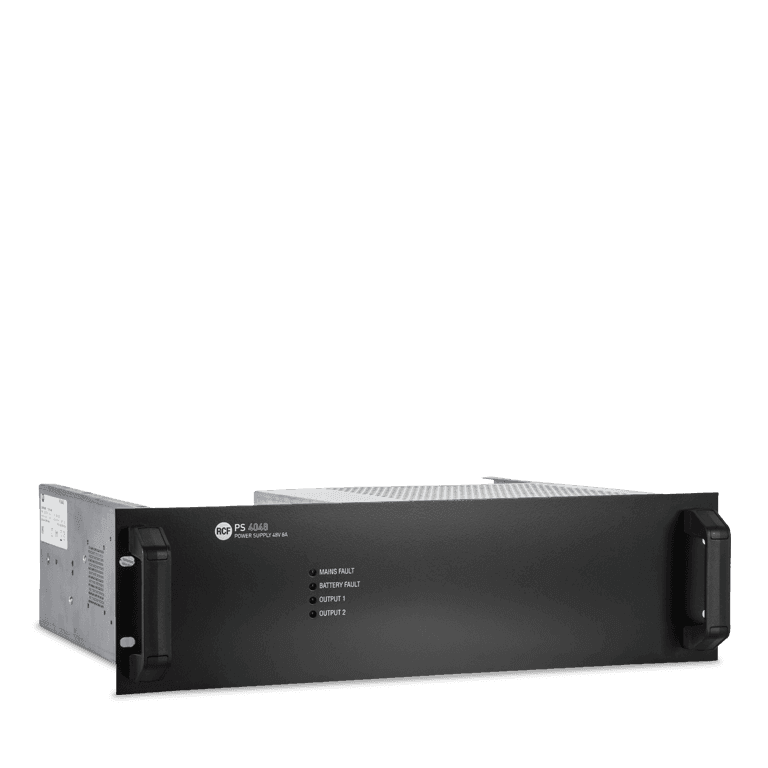 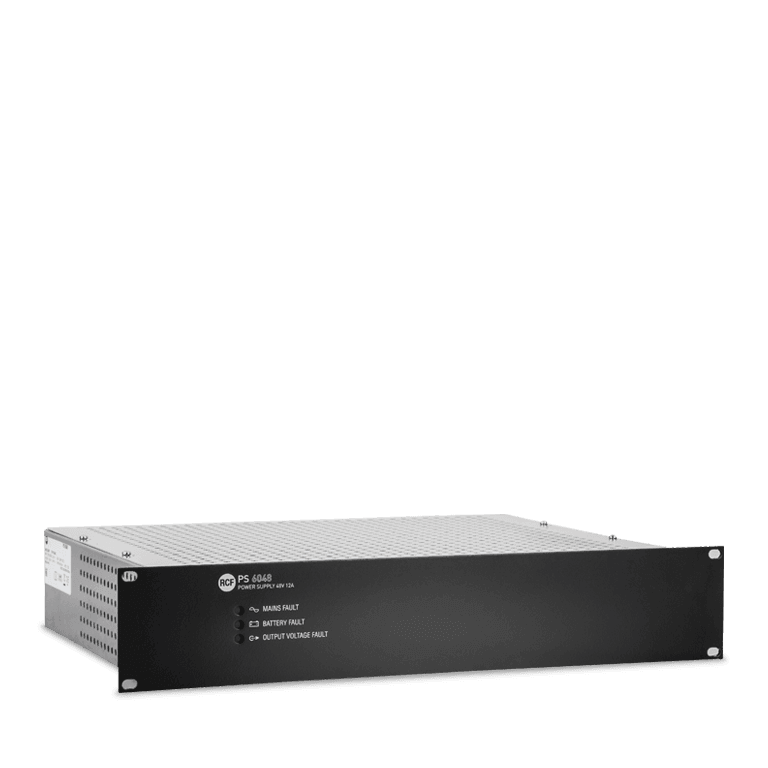